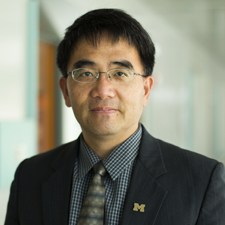 Huei Peng received his Ph.D. in Mechanical Engineering from the University of California, Berkeley in 1992. He is now a Professor at the Department of Mechanical Engineering at the University of Michigan. He currently serves as the Director of Mcity, which studies connected and autonomous vehicle technologies and promotes their deployment. His research interests include adaptive control and optimal control, with emphasis on their applications to vehicular and transportation systems. His current research focuses include design and control of electrified vehicles, and connected/automated vehicles.

In the last 10 years, he was involved in the design of several military and civilian concept vehicles, including FTTS, FMTV, Eaton/Fedex, and Super-HUMMWV—for both electric and hydraulic hybrid concepts. He served as the US Director of the DOE sponsored Clean Energy Research Center—Clean Vehicle Consortium, which supports more than 30 research projects related to the development of clean vehicles in the US and in China.

He has served as the PI or co-PI of more than 60 research projects, with a total funding of more than 60 million dollars. He has more than 300 technical publications, including 150 in referred journals and transactions and four books. His h-index is 80 according to the Google scholar analysis.  The total number of citations to his work is more than 24,000.  He believes in setting high expectation and helping students to exceed it by selecting innovative research topics with high impact.  One of his proudest achievements is that more than half of his Ph.D. students have each published at least one paper cited more than 100 times.

Huei Peng has been an active member of the Society of Automotive Engineers (SAE) and the American Society of Mechanical Engineers (ASME). He is both an SAE fellow and an ASME Fellow. 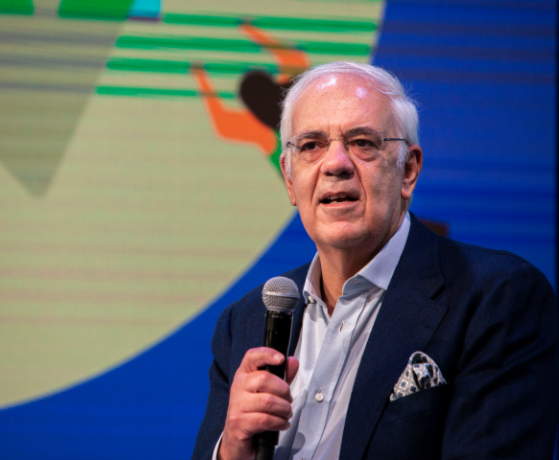 A short introduction to Prof.Bruno SICILIAN:

To present Bruno Siciliano, Professor of Robotics and Director of ICAROS Center at University of Naples Federico II, and Past President of IEEE Robotics & Automation Society, one cannot overlook what is his background: the city of Naples and the reckless passion for Napoli soccer team. It then happens that the background comes to the fore and becomes for the robotics expert at an international level a turning point. Like when, having earned his PhD degree, he decided to build his academic future in his city and for his city, declining a faculty position at a prestigious American university, (also) because of the football faith that has always accompanied him in the team's highs (those were the times of Maradona) and lows. His book Robotics is among the most adopted texts in universities around the world, even though when he talks about his academic achievements there is the impressive Springer Handbook of Robotics, the reference manual for robotics at international level, edited with Professor Oussama Khatib, which he defines as "the most exciting professional experience of my life". A work of coordination of over 200 renowned researchers, with the goal (fulfilled) of offering a unique tool to the scientific community of robotics and beyond. His research group at PRISMA Lab has had 20 projects funded by the European Union for a total of 14 million euros in the last twelve years, including an Advanced Grant from the RoDyMan, an acronym for "Robotic Dynamic Manipulation", a robot capable of replicating the movements of a pizza maker. In terms of scientific research, it constituted the challenge of creating an automaton capable of manipulating deformable, elastic, non-solid objects, such as water and flour dough. "Keep the gradient" is the motto that Siciliano invented, meaning a constant search for new ideas and new solutions. A hymn to complexity to capture challenges and opportunities always in the name of the art of work & play, as stated in his passionate TEDx Talk.

Talk Title: The Future is Now! Robotics, AI and Automation

Abstract: Robotics research has advanced in the last two decades through an intensive collaboration with other disciplines and research communities. Multi-disciplinary approaches are more successful in addressing the combined issues of cognition (perception, awareness and mental models), and physical attributes (safety, dependability and dexterity) in the world of robotics. Previously separated from humans behind a fence, the new advanced robots (or cobots) are sharing our workspace and collaborating with us. Increasingly sophisticated built-in sensors enable them to see and feel the presence of humans, and avoid accidental contact. The perception of robotics technology is improving, as we experience more ways it can improve our lives. The social and medical benefits of robots, in particular, are starting to get more attention. The advent of Industry 4.0 has created a paradigm shift beyond the stereotype that jobs will be lost to Automation. In this scenario, the terms AI and Robotics are liberally used, and frequently interchanged today. However, the physical nature of a robotic system distinguishes it from the pure abstraction of AI. The future of Robotics, AI and Automation will rapidly evolve from the context of Information Technology to that of Interaction Technology. This talk will also discuss the ethical, legal, societal and economic implications of designing, realizing and using robots in our society. 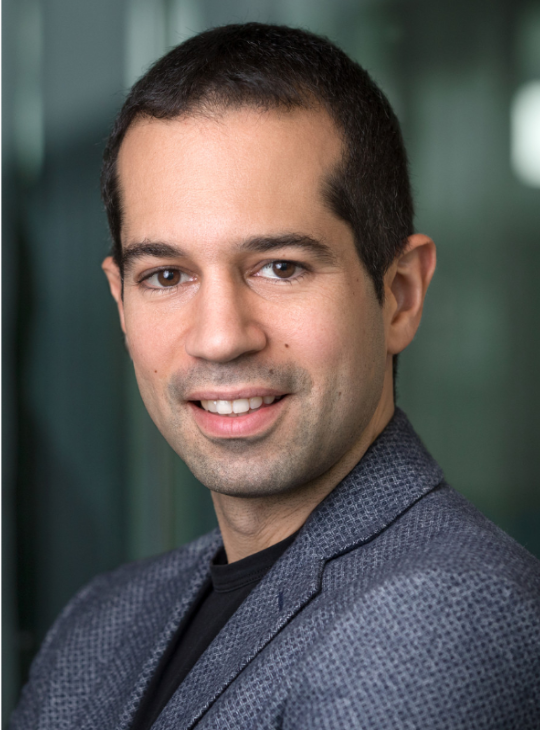 Director of the Robotics and Perception Group

Inst. of Informatics, University of Zurich,

Inst. of Neuroinformatics, University of Zurich and ETH Zurich

Davide Scaramuzza is a Professor of Robotics and Perception at the University of Zurich, where he does research at the intersection of robotics, computer vision, and machine learning, using standard cameras and event cameras, and aims to enable autonomous, agile navigation of micro drones in search and rescue applications. For his research contributions he won prestigious awards, such as a European Research Council (ERC) Consolidator Grant, the IEEE Robotics and Automation Society Early Career Award, a Google Research Award, and two Qualcomm Innovation Fellowships. In 2015, he cofounded Zurich-Eye, today Facebook Zurich, which developed the visual-inertial SLAM system running in Oculus Quest VR headsets. He was also the strategic advisor of Dacuda, today Magic Leap Zurich. Many aspects of his research have been prominently featured in wider media, such as The New York Times, BBC News, Discovery Channel.

A brief introduction to Dr.Sven Kreiss:

Sven is a researcher at the Visual Intelligence for Transportation (VITA) lab at EPFL in Switzerland focusing on perception with composite fields. Before returning to academia, he was the Senior Data Scientist at Sidewalk Labs~(Alphabet, Google sister) and worked on geospatial machine learning for urban environments. Prior to his industry experience, Sven developed statistical tools and methods used in particle physics research.

Sven studied mathematical physics at the University of Edinburgh before earning his PhD in physics at New York University. For his research in particle physics he spent a year at CERN and was on the core team that discovered the Higgs boson.